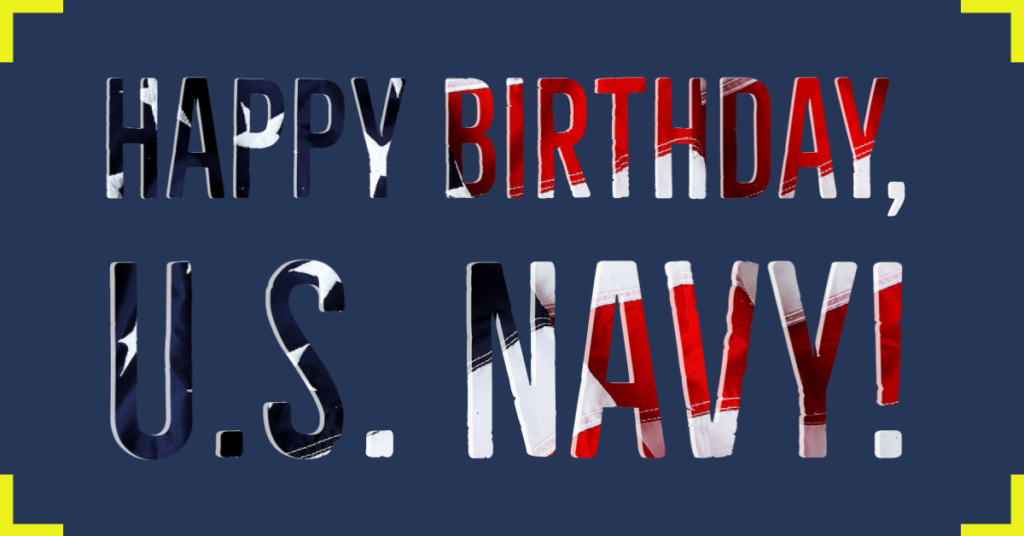 The United States Navy is celebrating its 247th birthday today. Because of such an interesting and distinguished path to its current state, today’s post is dedicated to a shorter version of that exciting history.

A Brief History of the United States Navy

On October 13, 1775, the Second Continental Congress passed a resolution to create what was then called the Continental Navy, which was then disbanded after the Revolutionary War. Just shy of two decades later, the Naval Act of 1794 was passed by the House of Representatives and the Senate. The act was pass in order to “provide a Naval Armament” for the United States, and it authorized the president to acquire six frigates – four with 44 guns each and two with 36 guns each – for an initial force.

Throughout its history, there have been two distinct periods for the United States Navy – Old Navy and New Navy.

During the “Old Navy” period, our navy was a small but respected force of simple sailing ships. However, this small force is quite notable for its innovation and use of ironclad ships during the Civil War. Rooted in the country’s seafaring traditions, this period was productive in terms of sailors, captains, and shipbuilders.

The “New Navy” period was the results of a large modernization effort that began in the 1880s. It was this effort that made the U.S. Navy the largest in the world by 1943. In 1882, Navy Secretary William Hunt requested congressional funds to build more modern ships. Many of the then-current ship designs were outdated, and over the next decade, multiple steel-hulled cruisers and battleships were constructed. By the start of the 20th century, our navy had moved from being the twelfth largest in the world in 1870 up to sixth place in terms of the number of ships.

The Navy Act of 1890 authorized the construction of three battleships – the USS Indiana, the USS Massachusetts, and the USS Oregon, followed a short time later by the USS Iowa. Later, under President Theodore Roosevelt, the navy went from sixth in the world to the second, with the Royal Navy being larger.

Over time, nuclear power offered an efficient new way to propel ships and ballistic missile technologies provided new and advanced weapon systems. However, by 1978, the number of ships in the naval force had shrunk to around 400 and most of them were from the World War II era. As such, a new program was instituted that would develop America’s naval forces to a modernized, 600-ship navy.

Today, the U.S. Navy boasts seven active fleets, approximately 296 active ships, 72 submarines, 346, 200 active-duty personnel and has naval bases around the United States and throughout the world.